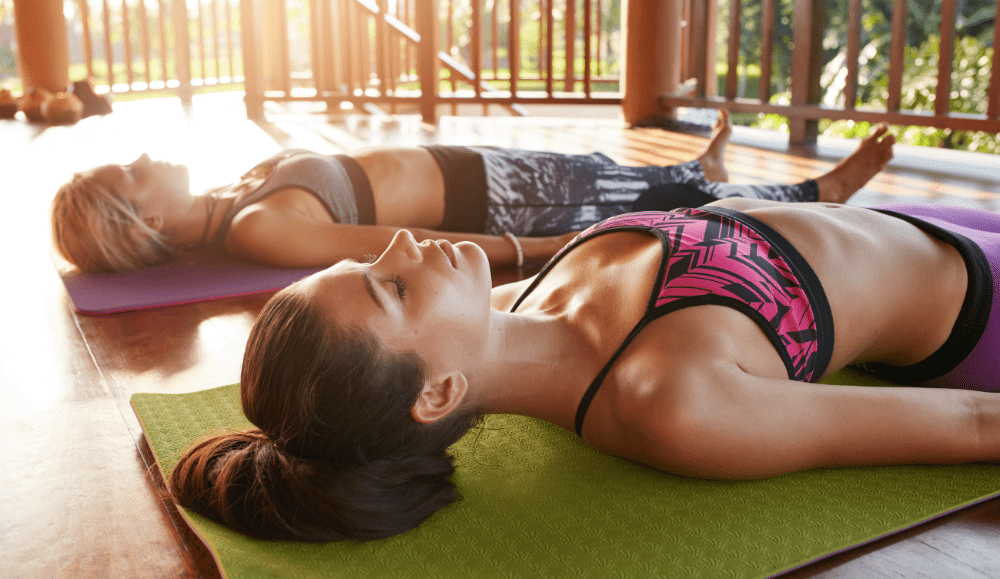 Not really familiar with yoga practices, I assumed that getting benefits from yoga meant becoming more flexible or gaining more balance and straightening up a posture. I also assumed that every yoga class would essentially bring you the same benefits. I’ve surprisingly been to a lot of yoga classes, but without the background knowledge on the practice. I’ve just patiently waited to feel more at ease than I was when I arrived. And on one Thursday night, that happened.

Drained from a busy week and feeling a bit irritated, I had already committed myself to a 6:30pm class at a local studio. Not wanting to face the cancellation fee, I reluctantly dragged myself to the class – It was more effort than I wanted to put in. What I didn’t know was that this class would be the perfect solution to release that negative energy I was holding onto.

The class was titled “Yin and Nidra”, which, to this non-yogi, meant nothing other than the description I read online. What I gathered was that it was going to be a slower-paced class with a focus on holding poses. However, it was so much more than that.

Upon arrival, the studio was dark with a few candles around the perimeter. I got there early so I could lie on my mat and do some deep belly breathing before class started. I was using those breaths and that time to try and forget about what had been bothering me. It wasn’t “working” the way I wanted it to because sure enough the class was starting and I wasn’t at peak yoga peace. The nerve!

I won’t go through the entirety of the class, but I will say that it incorporated two blocks and a blanket to provide support in any way we needed. We held stretches that were more uncomfortable than challenging, but not a pain or struggle-type of discomfort, just a “I’d like to come out of this now but can hold it for longer if that’s what I need to do” kind. Each position had a purpose and the instructor had a way of describing each that allowed my body and mind to sink into the ground and keep a present focus. The instructor also described to the class the difference between a “yang” and a “yin” class, which, I’m sure you’re surprised, I had no idea about. Yin is all about feminine energy and takes principles from Chinese medicine. Compared to a Yang class, which is masculine and more fast-paced, like a Vinyasa.

The challenge is to sit in the discomfort, which as a therapist, I talk about with my clients all of the time. Sitting with uncomfortable emotions and holding these poses are so intertwined. It’s experiencing the discomfort in real-time, rather than waiting for it to pass or thinking of ways to feel better (exactly what I was trying to do when I entered the studio and started my own deep breathing). The moment I stopped “trying” and just allowed the class to happen is when that negative energy began to slip away.

The Nidra component of the class is where I’d say it wrapped up that feeling of peace with a nice bow. Nidra, I learned is a “yogic sleep” where you lie on your back and the instructor guides you through a meditation. She even said we might fall into an actual sleep and I think I might have a couple of times. There were a few prompts during the meditation that won’t have as much of a profound effect as I write them now, but I will add that it was moving to say the least.

I left feeling like I had quieted my mind and had a general sense of contentment that was truly satisfying. It was also inspiring in a few ways. One was the intrigue into understanding the variety of yoga classes and yoga as a practice in general. The other was to seek out this feeling again by returning, not only on a day I happen to “need” it but on a regular basis.

Are you familiar with Yin or Nidra? How about other classes? Let us know if you’re interested in learning about yoga and more mental health benefits from it!