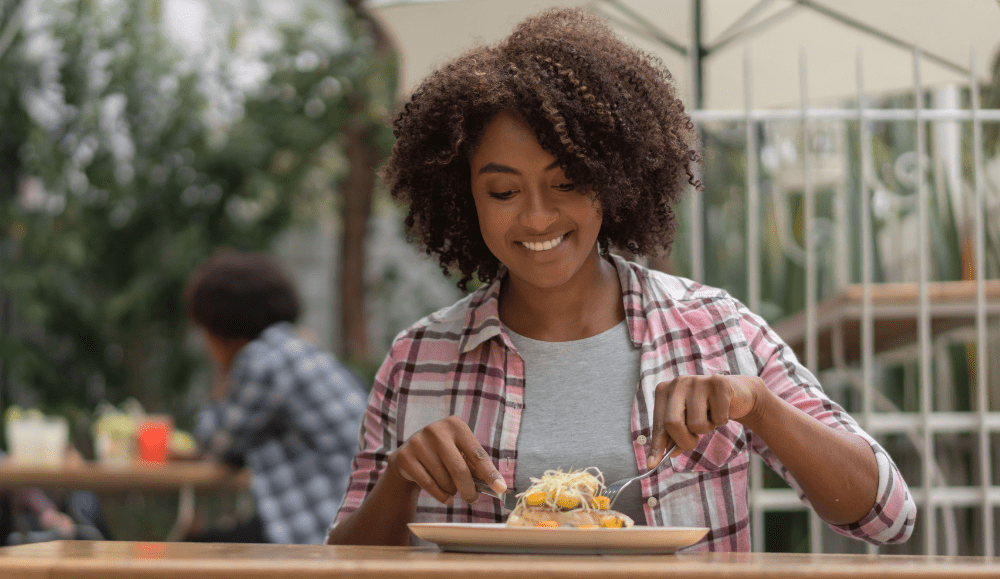 The last bite. It got here so fast it’s like the last ten minutes accelerated. And then it too is gone. Disappointment sets in. The meal is over.

When we decided to discuss nutrition this month, I couldn’t help but think about meal time and this sadness that rushes over me sometimes when I’ve finished a bowl of oatmeal, a piece of avocado toast, or anything delicious for that matter. Ok, sadness and disappointment are highly over exaggerated, but I had to understand what this feeling really was about.  I laughed at the idea of this actually being “sad” as I asked coworkers and friends if they too experience the same post-meal mourning (yet another dramatization of this experience). After asking around and getting lots of chuckling nods in agreement, I learned this feeling was actually pretty common.

I dug a little deeper at my next meal. I just finished a delicious bowl of soup and a salad and the feeling that set in was like losing something I only had for a brief moment. That was clue number one: brief.

According to a Colby College research article from 2018, 20% of American meals are eaten in cars, and 50% of college students eat fast food at least 3 times per week. That’s a lot of speedy eating. It makes sense when we’re really busy and running on empty that we grab something quick to fuel us back up again. When we do, however, we end up eating less nutrient-dense food and eating more of it. In turn, this short timeout from a hectic workday actually has more long term effects.

So, I finished this soup and salad that was supposedly delicious, and then clue number two occurred to me: supposedly. Wasn’t I the person who just ate it?  So, shouldn’t I know if it was tasty or not? But if I wasn’t even present for it, how could I truly enjoy it?

When we’re running around and eating is just something we’re doing amidst everything else, we miss the opportunity to allow it to be anything more. What I mean is that if we let all these tastes and flavors go by, we’re preventing ourselves from savoring more than just the food in front of us. We end up just going through the motions on autopilot.

Although these quick and short-lived meals allow for convenience, they also create these pathways for anxiety to flourish. When we don’t take time out from the day and give ourselves a moment away from our to-do lists, we risk being consumed by them. Rather than be consumed by our stress, try one of these to get your mindful eating habits started- so that you’re the one doing the consuming (wink, wink):

Prepare your own meals. When there’s connection to your food, you’re more likely to savor it and for longer. If it’s not conducive for you to make elaborate meals during the week, try meal prepping (psst, if you’re new to meal prep, we have a guide for you!).